If your marketing videos aren’t getting enough engagement, could branded content be the answer?

Are you finding that the promotional videos that you’ve commissioned just aren’t pulling in the views you expect?

It’s a radical thought but maybe the traditional glossy advert or promo has had its’ day. If so, should we all be thinking about moving away from the promotional towards ‘branded content’? It’s a form of video production that’s been around for a while, although there is some confusion about exactly what it is. And, of course, the big question is whether it’s more effective.

Do a bit of Googling and there’s a lot of chat about branded content being ‘complicated’ and hard to categorise. I found a quote from a chap called Avi Savar, who runs New York agency Big Fuel, which sums it up:

‘Traditional advertising is about delivering features, benefits, and a USP through a product story, and then finding creative ways to connect that to people. Branded Content is sort of the reverse of this. It’s about starting with peoples stories first, so what are the things that can help brands connect with the hearts and minds of their audience, and then thinking about how you can creatively link that to your product.’

Well that doesn’t sound too complicated. All we have to do is think ‘people’, think ‘hearts and minds’! And stop thinking ‘must explain about my products and services!’

So, rather than make a video explaining all about the features and benefits of the widgets you produce, you’d make a useful or entertaining video about a person or some people, who might just have some interest in widgets somewhere along the line. Or maybe your widgets wouldn’t feature at all, you’d just have your logo on the end of the video, leaving the viewer to make the association between the values or mood of your video with your brand.

Let’s look at some well-known success stories. Dove, GoPro and Red Bull are three big brands that are famous for their ground breaking ‘branded content’ videos.

Dove
About four years ago, Dove began a series of campaigns to boost the self-esteem of women and girls. The first of these ‘Real Beauty Sketches’, a video exploring the unexpected low self-esteem of many women, has had 67 million views on YouTube (more than the whole of the UK population!). Bet that helped sell a few bars of soap!

Look at Dove’s YouTube channel (both US and UK) and you can see that they achieved much greater engagement when they switched from product videos to branded content. They tapped into something that women identify with and, at the same time, made the brand more famous and admired.

GoPro
GoPro has reinvented its brand with collateral created with user-generated (customer-generated) footage: ‘We’re not just a camera anymore. We’re an enjoyment platform for people around the world to watch’, says GoPro’s marketing man, Paul Crandell. It’s not just about presenting content to audiences either, this is an engagement success story. 6,000 GoPro tagged videos are uploaded by customers and enthusiasts every day! Now that’s what I call interactive!

Red Bull
As you’d expect, Red Bull has taken the concept of branded content to the extreme. Having sponsored all sorts of extreme sports which appeal to their young, predominantly male consumer demographic, their associated branded content video output has been enormous. With 5,600 videos and over 5 million subscribers on YouTube alone. But their real success if their website, a multi-channel viewing platform in itself. Red Bull has turned producing branded content into an extension of their business with Red Bull Media House, a production and distribution company, creating content (sports, music, entertainment, adventure) for TV, digital and mobile – even feature films!

Red Bull, GoPro and Dove are big brands now, but they weren’t as big before the branded content did its job. Your company might not be as big or well known, perhaps it’s a B2B business. But this whole concept can work just as well for smaller businesses too.

Take our SME client, Nottingham-based B2B company CIE Ltd. With VPoint TV providing consultancy and video content, they’ve set up a YouTube channel called HowToAV.tv to give free advice to the professional audio-visual industry. They don’t use it to flog their products, they don’t even use their own name. The video content is useful, informative, based on frequently asked questions and is starting to gain a lot of attention in the market place. Read more about it here.

If you would like to explore how branded content can work for your business and your brand, call 0115 969 3636 and talk to an expert. 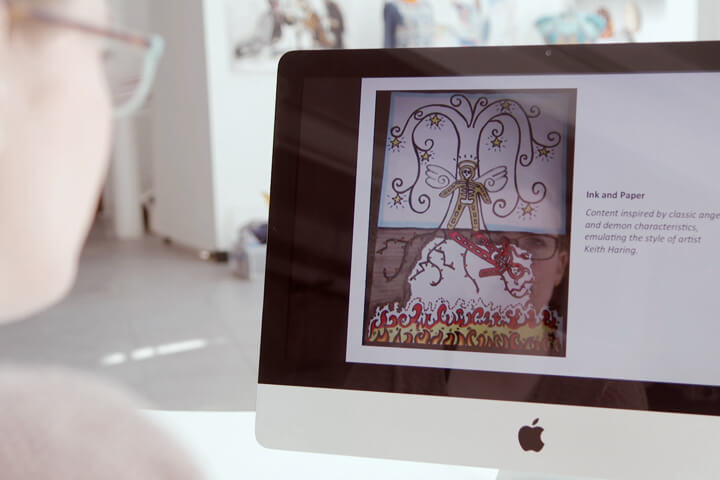