Marika our Video Content Developer and Ilona our Marketing Intern. Read on to find out more about our new recruits.

Marika graduated last summer from Nottingham Trent University after completing her three-year degree in Broadcast Journalism. Marika grew up in Holland and has always held ambitions to pursue a career in video production. After one year’s study at Utrecht University in Theatre, Film & Television studies she made the move to Nottingham in 2013 to begin her undergraduate degree.

During her time at NTU she was a producer for the Tab TV, and she notes how the professional focus of her degree at Nottingham Trent developed her production and editing skills in hands-on environments, which have prepared her well for the production industry. VPoint TV have now snapped Marika up as our new Video Content Developer!

Ilona joins us this month as a marketing intern on a six-week placement. Ilona is also a 2016 graduate of Nottingham Trent University, and the internship follows the success of the NTU graduate placement scheme. She spent three years completing her undergraduate degree in Fine Art, establishing her own practice and engaging in numerous creative events within Nottingham’s creative community.

Ilona is a self-confessed organisation freak and wants to find a career path that allows her to merge her organisational skills with her creative side. Ilona says her degree developed her critical approach to work, which will come in useful as she works on developing VPoint TV’s 2017 marketing strategy over the forthcoming weeks. 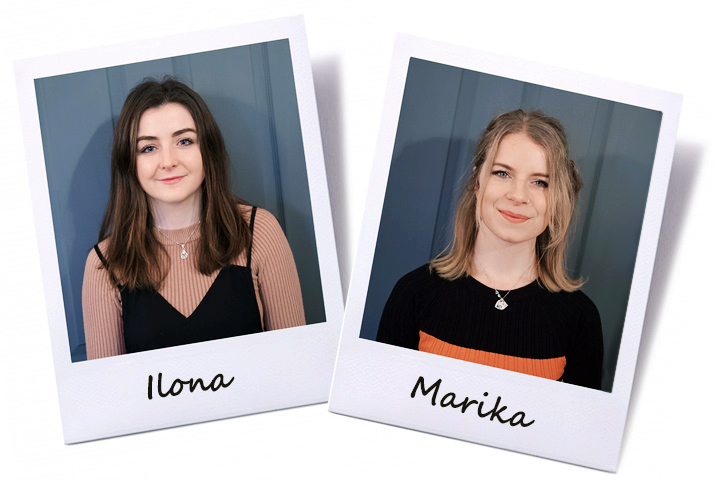 Previous Post
A Year in the Making: Charlotte Beevor
Next Post
Back on Track: Reviving the Ferrari 348 Challenge